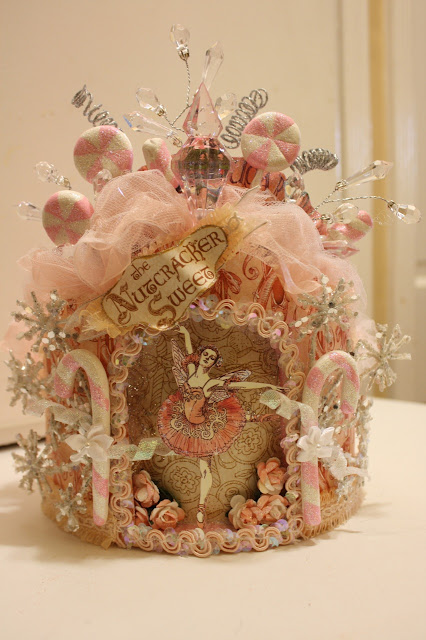 As featured on Graphic 45 blog. This tutorial is available in both PDF and iBook format for those of you with iPads. This is an intermediate to advanced project and is filled with fun techniques. You will hand make those candy pieces, heat distress ribbon, sculpt with foam core and decoupage with masking tape! This tutorial is 68 pages long and is filled with BIG pictures and step by step instructions. It also includes a printable template and a supply list. You can make a Nutcracker one like mine, or pick your own theme and papers. Once you get the technique down, you can make almost any kind of paper crown! $10 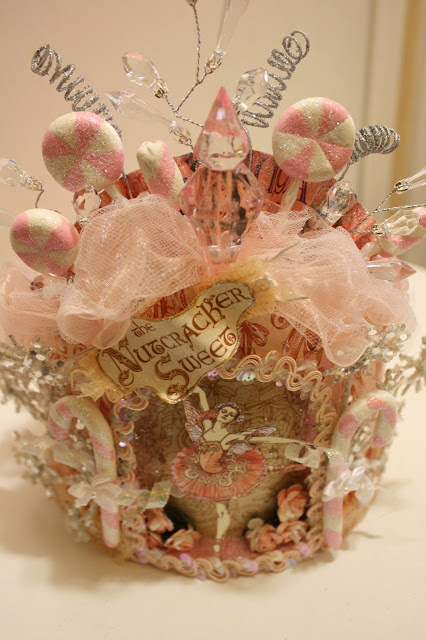 YOUR TUTORIAL WILL BE EMAILED TO YOUR PAYPAL EMAIL ADDRESS WITHIN 24 HOURS OF PAYMENT (USUALLY SOONER!) PLEASE MAKE SURE YOU CHECK YOUR PAYPAL ADDY! 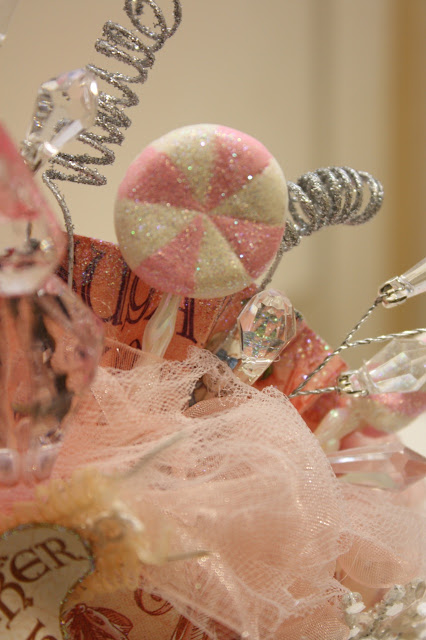 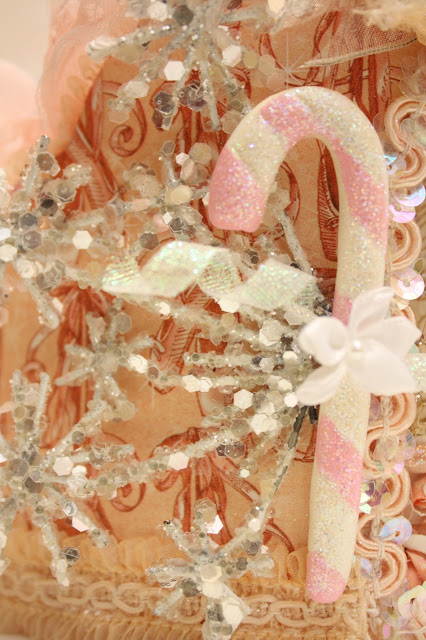 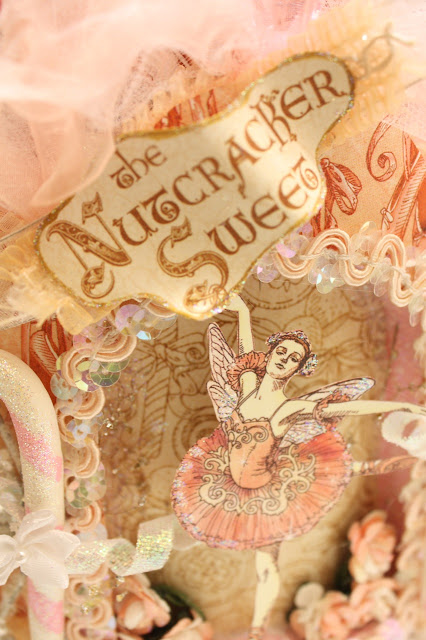 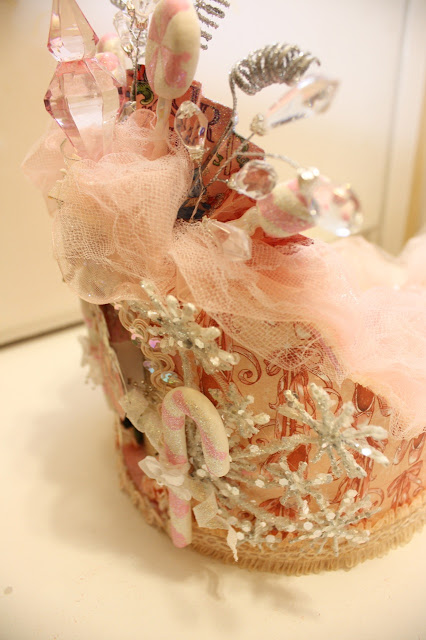 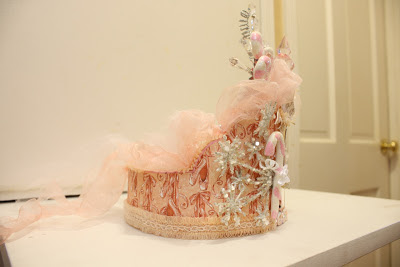 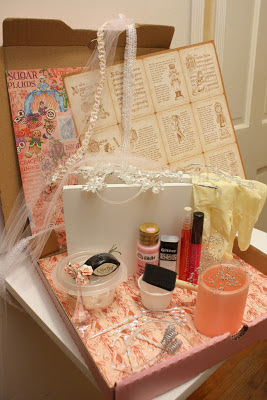 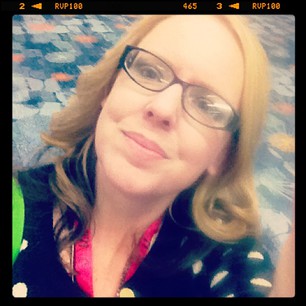 This is the first year I have attended CHA as a Member. When I stepped up to the membership desk and the representative was asking for my "documents" proving I was worthy...I realized for the first time, I really am a Professional in the Crafting industry! So Day one of CHA the showroom isn't open. So all of you who have been asking for pics...there aren't any. There are only classes, workshops, and seminars. Because I joined so late a lot of the classes were full, but I didn't mind at all. Of all the things I did, my favorite was a panel discussion from the Designer Board of CHA. The panelists were great and gave great networking advice. I also watched seminars on  making videos, and also social networking. There is SO much I did not realize about social networking...I think with very little effort and just doing the right things I can really improve in this area. After I did my first few seminars, I went down onto the floor. Luckily I could get in because as a member of the Graphic 45 Design Team- I am double badged as an exhibitor and as a designer, it kind of doubles my access to things. I went to the G45 booth which has a great spot right at the entrance and dropped my design team projects off. It was so nice to meet Aimee, Diane and Joanna. Both Aimee and Diane took the time to actually look at my projects even though they were super busy getting the booth ready. It's always nice to hear the praises of the company owner! I then snuck over the the Clearsnap booth and dang, that girl April was already set up and gone! Luckily I got to meet her at the designer preview, where some of the manufacturers preview their new items just to us Designers. I got some free products too....some Faber Castel Gelatos, some Beacon adhesives. And then got to make a little ring with some cool epoxy clay...I am in love with this CLAY! I gave my card to the owner and he is going to send me some samples...this stuff is way fun and sets up super quick so I can use it in classes..hint hint! Tomorrow the floor opens, I did get to peek a little at some of the booths, but there was so much garbage and packing materials it was pointless...I have not planned any seminars tomorrow I plan on just hanging out at G45 and walking the floor..... So TOMORROW I promise lots of pics!

Off to the Windy City! 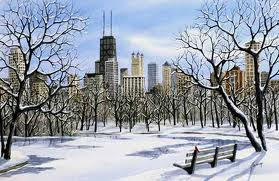 Sometimes those unexpected plans are the funnest. Hey you want to go to Chicago for the weekend? um....sure! My friend Sandra got a new job which requires her to train in Chicago for two weeks, so I am going to keep her company over the weekend. It didn't hurt that she forked over her airmiles and is paying for the room! She has been before and has aways told me how much I would LOVE Chicago, so here I go- leaving today at 1225p from LAX and coming home Sunday night. Lets see the plan is; ice skating millenium park, The Throne rooms at the Museums of art, Sears tower-or whatever its called now, dinner at a Steakhouse, Chicago pizza (with no sauce for me!), maybe a show at SecondCity, and drinks at a piano bar..with a view....can we cram all that into a weekend? Of course- Sandra and I are well traveled together so we will figure it out! I plan on really just relaxing, laughing, putting all work worries away. When I return I have jury duty- I am one of those FREAKS that LOVES jury duty- and as a bonus I got called the the Compton courthouse- so my chances are good at getting on  a case. THEN right into CHA....I am so excited to be going to represent Graphic 45 and Clearsnap. I hope to do a little networking too, to try to find my dream job....but yeah keep dreamin!

Posted by Unknown at 8:23 AM No comments:

All Images Copyright In My Blue Room Designs 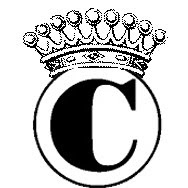 I was a Guest Curator! 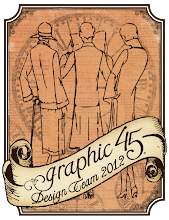 see me in this issue 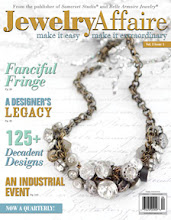 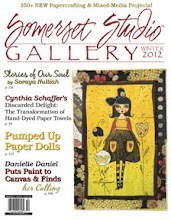 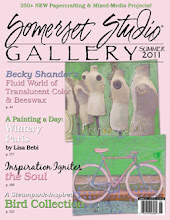